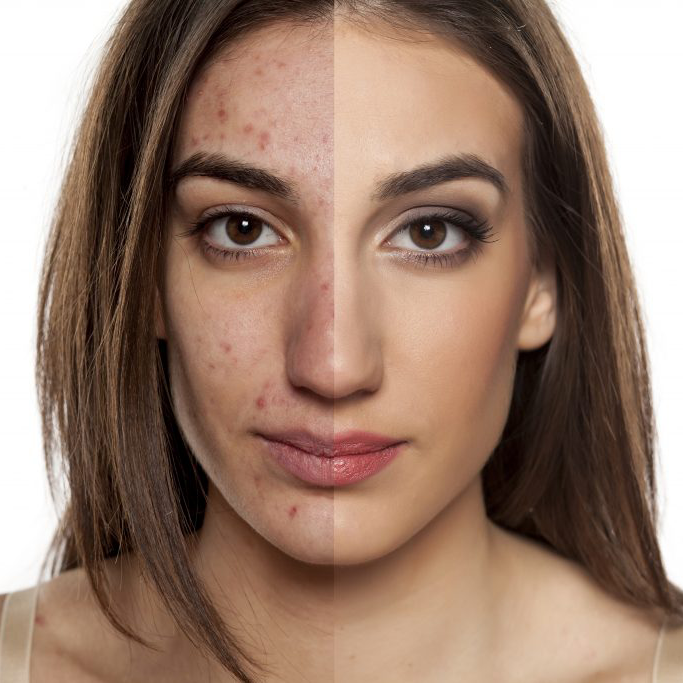 The pathogenesis of acne vulgaris has not yet been clarified, however current consensus is that it involves four main events: follicular personification, increased sebum secretion affected by the androgenic hormone secretions, colonization of Propionibacterium acnes, and inflammation. P. acnes plays a key role by acting on triglycerides and releasing its cytokines which in turn trigger inflammatory reactions and alter infundibular keratinization. Current treatments for acne vulgaris include topical and oral medications such as topical antibiotics, topical retinoids, benzoyl peroxide, alpha-hydroxy acids, salicylic acid, or azaleic acid. In severe cases, systemic antibiotics such as tetracycline and doxycycline, oral retinoids, and some hormones are indicated. Medications work by counteracting microcomedone formation, sebum production, P. acnes, and inflammation. Despite many options that are available for the treatment of acne vulgaris, many patients still respond inadequately to treatment or experience some adverse effects.

Phototherapy (light, lasers, and photodynamic therapy) has been proposed as an alternative therapeutic modality to treat acne vulgaris and was proposed to have fewer side effects compared to other treatment options. Exposure of sunlight was reported to be highly effective for the treatment of acne with efficacy up to 70%. The sunlight decreases the androgenic hormones in the sebaceous gland, but the unwanted effect of exposure to UVA and UVB limits sunlight for the treatment of acne. Recently, phototherapy with visible light (mainly blue light, red light, or combination of both) started being used in the treatment of acne. One mechanism of action of phototherapy for acne is through the absorption of light (specifically blue light) by porphyrins that have been produced by P. acnes as a part of its normal metabolism, and that act as endogenous photosensitizers. This process causes a photochemical reaction and forms reactive free radicals and Singlet oxygen species which in turn lead to bacterial destruction. Red light is known to penetrate deeper in tissues when compared to blue light. It has been demonstrated that red light can affect the sebum secretion of sebaceous glands and change keratinocyte behavior. Furthermore, red light might also exert its effects by modulating cytokines from macrophages and other cells, which in turn could reduce inflammation

Several studies reported that LLLT in the red to the near-infrared spectral range (630–1000 nm) and nonthermal power (less than 200 mW) alone or in combination with other treatment modalities (mainly blue light), is effective for the treatment of acne vulgaris. One of these studies demonstrated a significant reduction in active acne lesions after 12 sessions of treatment using 630-nm red spectrum LLLT with a fluence of 12 J/cm2 twice a week for 12 sessions in conjunction with 2% topical clindamycin; however, the same study showed no significant effects when an 890 nm laser was used. A few studies also showed that the combination of blue light and red light have synergistic effects in acne treatment. It is proposed that the synergistic effects of mixed light are due to synergy between the anti-bacterial and anti-inflammatory effects of blue and red light respectively. It is also worth mentioning that in most studies improvement in inflammatory lesions was higher than the improvement in comedones.